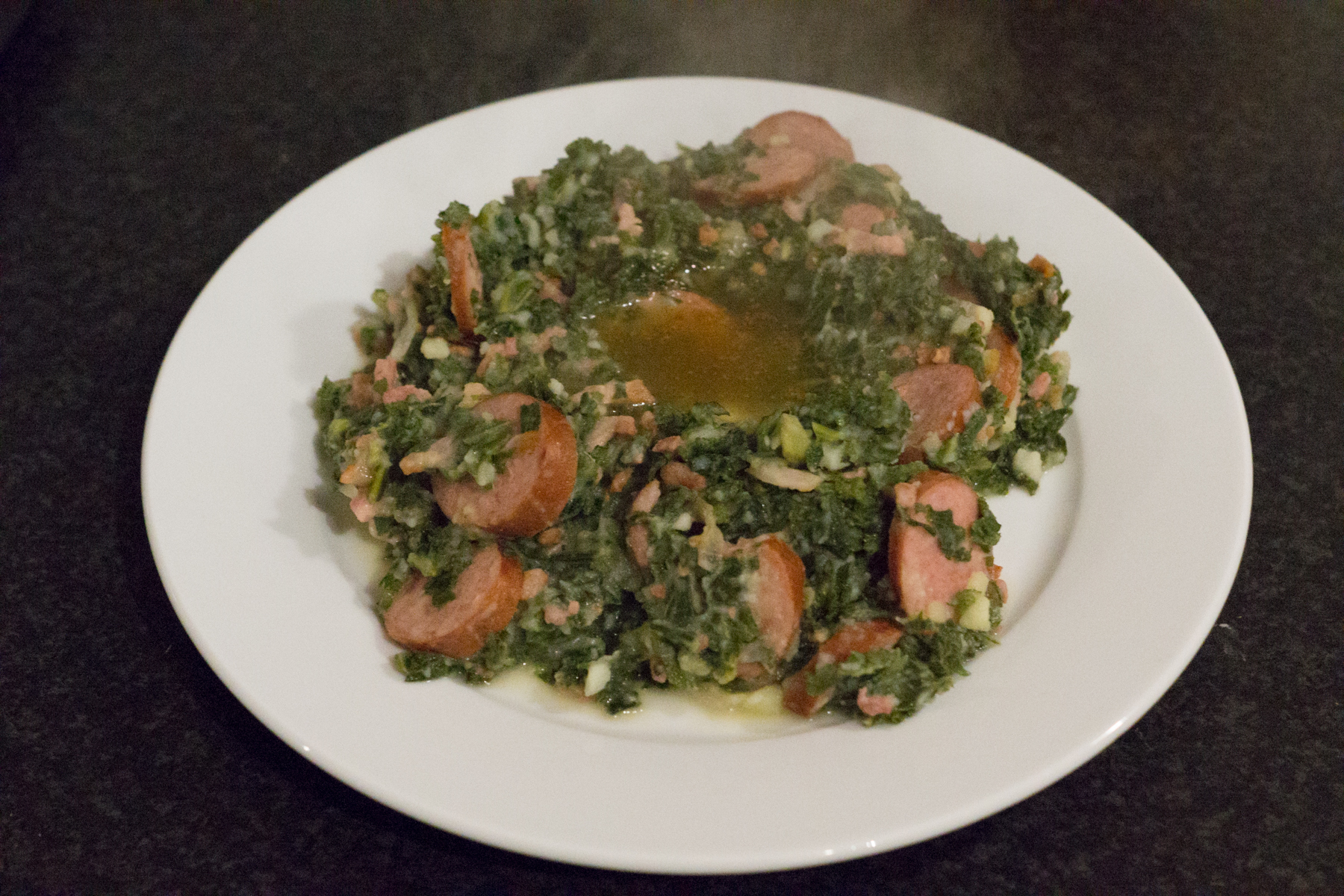 Your Rating
Viewed 835 times
Today I wanted to show you something from my home country that I really enjoy. It's a winter dish that's just classically Dutch, I dare say it might even be a very iconic national food. Although you may find it slightly weird. You see, the Dutch have a tendency of throwing all their food together and mashing it before eating it.

Notes: A good rule of thumb is to use a 2:1 grams ratio of potatoes to kale, but you can use more or less as you please. The bacon its can easily be replaced with bacon strips or other variants.

You would be surprised how long it takes to arrange ingredients to the necessary level of satisfaction for a picture.

Don't tell anyone, but I only buy and peel potatoes for the recipe. Normally I use pre-made mashed potatoes. :))

You don't actually have to do this step, but damn it I need to make sure I have enough potatoes.

Boiling water is said to be lethal to potatoes.

Oh my god we're so vibrant.

This is the part where foreigners usually start to wonder what we're doing.

I swear, my mother taught me this.

Serious note: Be careful with putting water into a hot frying pan.

The gravy should look a little bit like this after a while.

Beautiful smoked sausage. Too precious for this world.

The smoked sausage that was.

What the hell. Now they're throwing milk in.

Enjoy, and see you next time!